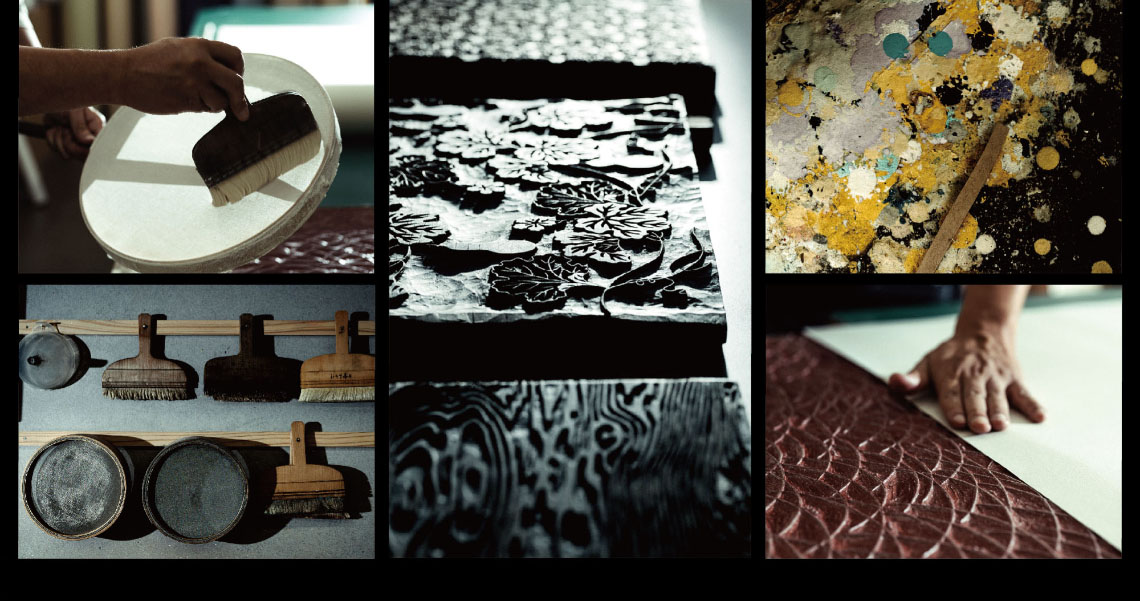 Karakami is written with characters that mean “Tang Chinese paper ”, and just as its name suggests ,
it is a beautifully crafted paper that came from Tang China during the Nara Period.
At the time, high-society aristocrats regularly used karakami to write letters and poems as it brought out the beauty in their writing.
During the Heian Period, when production of karakami started in Kyoto, the capital, it permeated aristocratic society and began to be used for fusuma shoji (paper screens for sliding doors) in homes built in the shindenzukuri(palace) architectural style.
With the passing centuries, it became popular with the nobles, samurai warriors, tea ceremony practitioners, and in the Edo Period, with commoner merchants.Karakami has been passed on to the present as a traditional craft for fusuma, wallpaper, and interior decoration.
Put simply, Kyo-Karakami is like a type of woodblock print, it uses printing blocks hand-carved on magnolia wood with traditional patterns passed down from ancient times.
It is produced by a traditional method where coloring materials called kira(mica) and gofun(Chinese white) are added to its surface, and the design is copied with the plam of the hand while overlaying the design onto Japanese paper or torinoko(Japanese vellum paper)one sheet at a time.
To this day, we continue to use printing blocks from the Tempo Era(1830-1844) and observe the patterns, coloring materials, tools, and traditions of old.