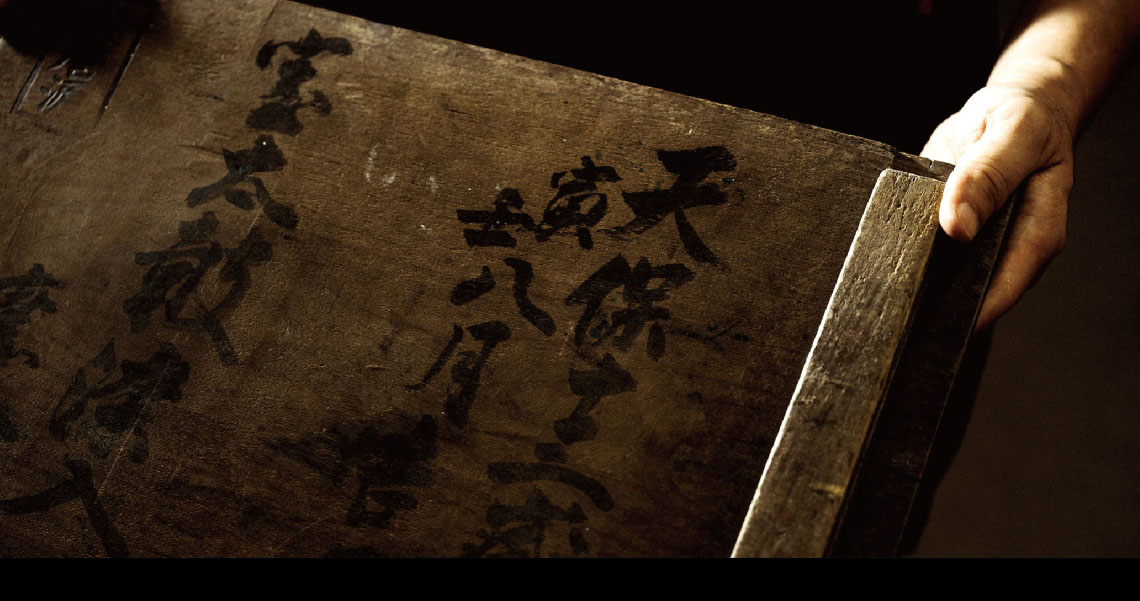 Since 1902, Maruni has been involved in Kyo-hyogu, which is Kyoto-based Japanese craft of fusuma (sliding door), folding screen and hanging scroll. Directly communicating with artisans who are well-versed in various materials for Kyo-hyogu, we have seen the attractive aspect and difficult aspect in making things by hand. Through our long-standing commitment to Kyo-hyogu, we will make new proposals for contemporary lifestyles.
HISTORY

1946
Transformed the business from the scroll mounting workshop taken over from the founder to wholesaler of interior materials. Established Maruni Shoten.

1979
Masao Nishimura, founder of Maruni Shoten, was awarded the Fifth Orders of the Sacred Treasure for tradition and development of an interior material, KYO-KARAKAMI. 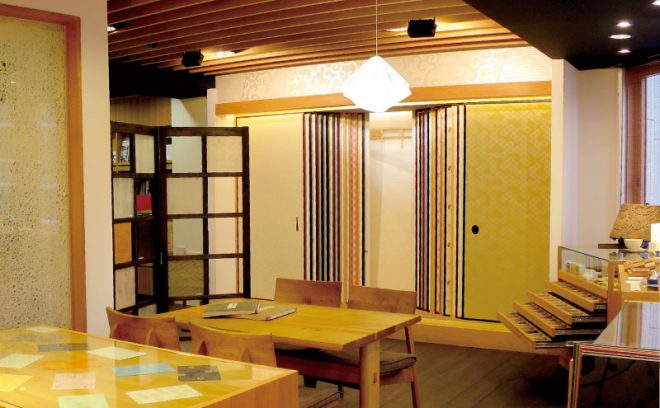 You get a chance to experience the beauty and new possibilities of Kyo Karakami. 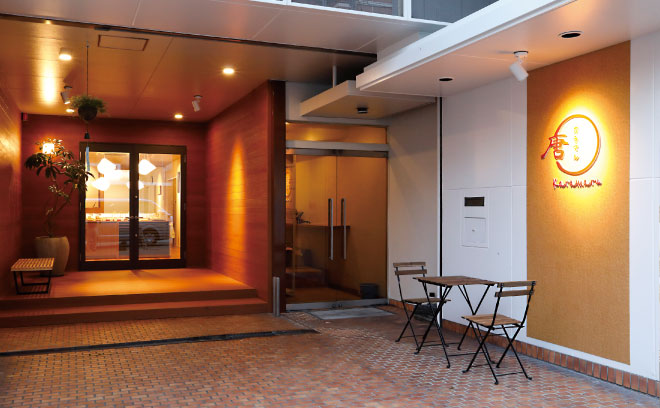 CUSTOM-MADE PAPER : Maruni’s Kyo-karakami paper is produced with skills passed down from ancient times by generations of craftsmen. Using the paper, pattern and printing color of your choice, paper is carefully made to order one sheet at a time.